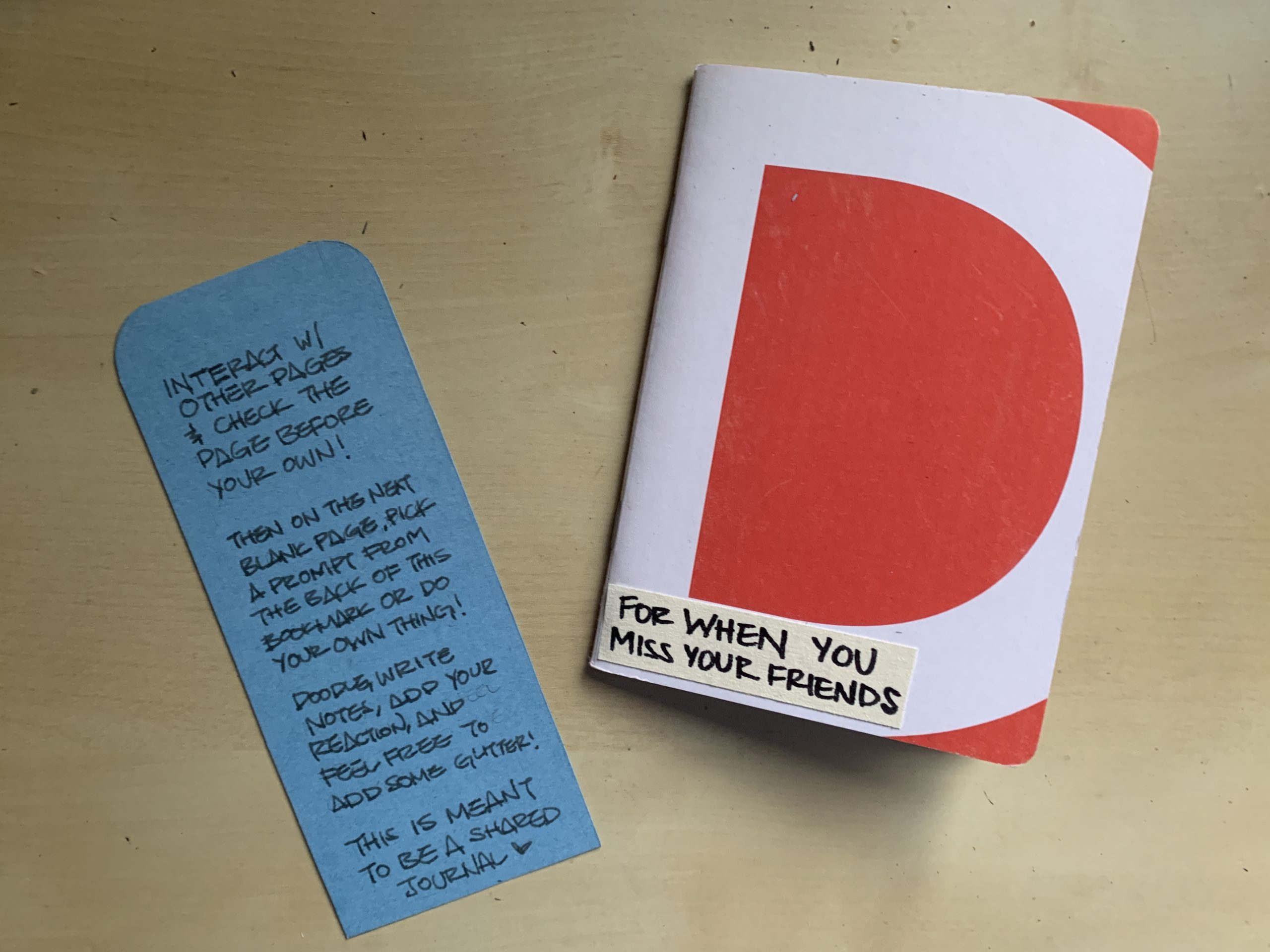 How might we persuade people to engage in meaningful social interaction, without the screen/mobile device/webcam in a period of social isolation?

These past weeks (quickly passing into months) have been a strange and difficult window of time, as we’ve isolated ourselves in the face of stress/grief/anxiety. The lack of personal interaction and human touch are coupled with increased time spent in front of screens—screen time spent on remote learning, on social calls, on reading the news, and then trying to distract ourselves again.

We were interested in trying to bridge the sudden disconnect from a lot of our relationships and wanted to find ways to cultivate and sustain positive social relationships while in self-isolation. Through this project, we were also interested in examining who we actually stay connected to when we don’t meet in person on a daily/weekly basis, and what methods help boost positivity.

Our intervention is a shared journal, that we facetiously titled ‘For when you miss your friends.’ Inspired in part by care packages, pen pal letters, and more physical forms of contact (in an ironically ‘technologically regressive’ way, one could argue), and in part by activities that could be completed by multiple people (puzzles, coloring books, etc.), we hoped to spark a small bit of joy by passing this journal through our social circles.

“This journal is meant to encourage social connectivity and meaningful interaction at a time when it’s harder to see each other. This journal is for when you miss your friends. So fill up a page and send it off to someone you miss.”

Impact of the interventions

Originally, we were considering using USPS to mail back and forth something similar, but were limited by time/scale (and not all of us had stamps :’-( a true tragedy). However, a good number of our class is still in Pittsburgh, so for the sake of this prototype, we were able to transfer the journal between a group of our classmates and found some benefits to “physical” handoff—

Results of intervention: what did people fill in the journal with, and what did we observe/how did they react? + other insights? How much time did each person spend?

What we wish we could do in a more ideal situation: