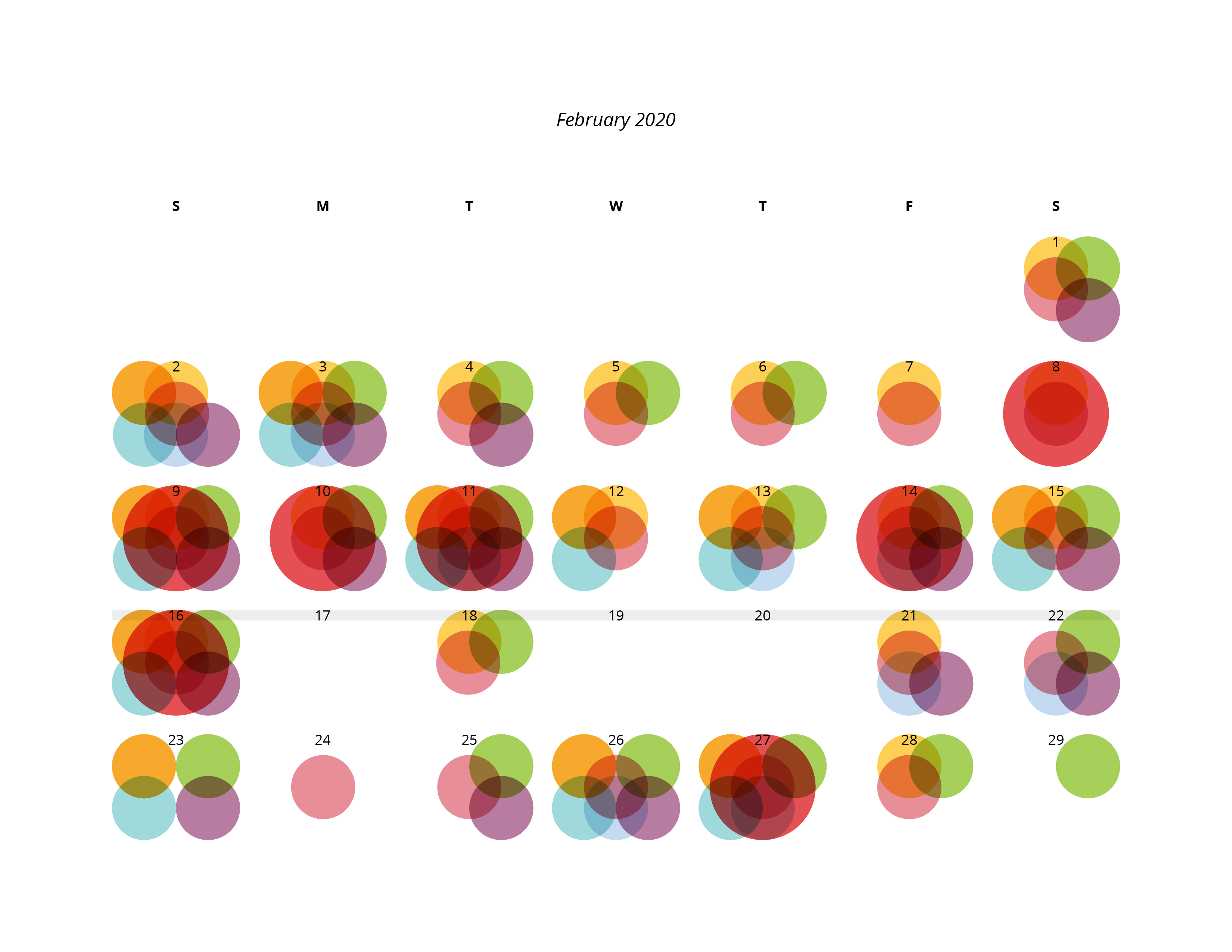 Sometime during the fall of 2017, I started using an app on my phone called ‘Habits.’ I was trying to see if having a digital checklist would remind me and/or encourage me more to build and maintain habits. Although the app didn’t actually help much with giving me incentive to maintain habits, I started using it more as a method of passive data collection about my life, and would add to or change my habits as my priorities changed.

I’ve never actually done anything with this data, so I wanted to examine my habits to see if I could find any patterns; specifically, how/if my habits influence my mood.

This is more of a personal project; a large part of why I decided on this direction is because, having recently ended a long-distance relationship, I’m trying to figure out what things make me happy outside of relationships. With this in mind, I decided to map out my habits through two months: October (~2 months into my last relationship) and February, the first full month after my relationship ended.

From the habits I’m currently tracking, I chose 7 habits to map alongside my happiness. I chose habits that I felt were most likely to be influential on my happiness.

Looking at the two months side by side, you can immediately see the difference in the amount of days I felt happy (oof). You can also see my general lack of activity during the week of Confluence (highlighted in grey) due to how busy I was. Ideally I would’ve used data from a different month, since my overall happiness was probably dragged down significantly by stressing about Confluence too, but this is the best data I have for now.

Looking at only October, I noticed that I tended to be happy most days, regardless of how much I had kept up with my habits; in fact, over half the days I felt I happy, I had only engaged in half or less of my habits. This makes sense, since most of my happiness was sourced from my SO during this time. What’s also interesting is that days I didn’t record as happy all had three or less habits marked, while all of the days that had more than half of my habits marked were recorded as happy. I don’t know if keeping up with my hobbies/goals while dating made it more likely for me to be happy, or if the happiness I got from my relationship made it easier for me to be motivated to keep up my habits, but there seems to be some kind of correlation between the two.

A more detailed tally for the two months:

Overall, the consistency of my habits was the same or stronger in February for every category except for how often I socialized (-21%) and how often I relaxed (-24%), suggesting that increasing those two could potentially increase my overall happiness. The fact that my habits became stronger is good (I was intentionally trying to work on myself); it’s validating to see that there was a pretty significant increase in consistency—especially because Confluence basically created a week-long hole in my habits. Also, I had known that I’m generally a lot happier in relationships, but I hadn’t expected to see a 60% drop in happiness after my relationship ended. Concrete evidence that so much of my happiness was dependent on my relationship only enforces my belief that I should try to figure out how to “find happiness” on my own, instead of relying on relationships (which have an inherently shaky foundation) as my main source of happiness.

These insights are all interesting, but I recognize that there are a lot of factors that impact my happiness and habits, and it’s impossible to map or take all of them into account. My data is probably skewed by factors like Confluence, feeling more interested in my classes last semester, etc. So I’m taking this with a grain of salt, and mostly just seeing it as an experiment.

I’m not planning to stop using this app, so I might revisit this idea sometime in the future; I especially think it’ll be interesting to compare these two months to some month in the future where I again feel happy the majority of the time, hopefully on my own, and not due to some outside influence (if this ever happens, lol).