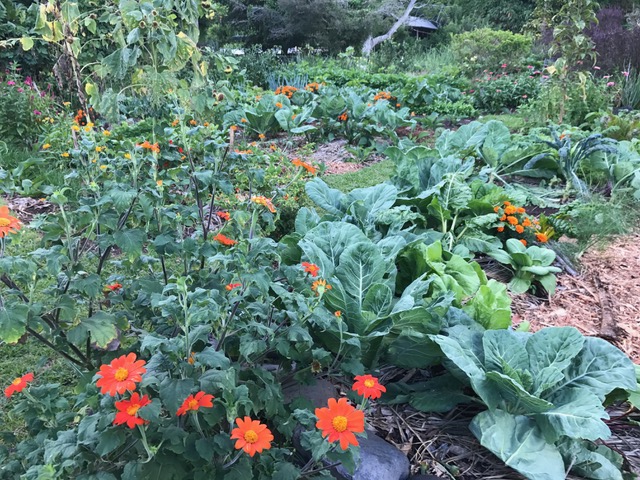 A few months ago, after I explained to my parents how my philosophical objectives in life can only be fulfilled if I spend a good chunk of time living away from civilization in a smaller community, my mom sent me this email. When I was going through my college search process, I told my mom that Boston University didn’t seem to have “my people.” The wording stuck with us so much that when I told her “I found my people” at CMU, she immediately understood how much I wanted to attend. The fact that she’s using that phrase here is a big deal.

I’m wondering, what could have persuaded my mom, an extremely skeptical and anxious person, that I could find my people at this remote farm in the middle of Maui?
I decided to look at the posting again, but from the perspective of my mother, and annotate the persuading factors.

One huge factor that must legitimize this posting for my mom is the use of the word “design” throughout. My parents have both decided that they don’t understand what design is, but they know I do it. The idea of me living on a farm over the summer, not pursuing something relevant to my degree, stresses them out, so the use of the word design calms their nerves.
I highlighted things that I knew my parents would feel they relate to in some way. If they could connect a word or phrase to something I’ve said, it would reinforce the relevancy of the entire experience.

Since that email, I have formally applied to work at this farm, talked on the phone with the man that runs it, and informed my parents that he has offered me a position.
This is incredibly stressful for them.
“Will my son be safe? Will I be able to get in touch with him? Is he going to be living with crazy people? Is this a cult?”

I’m in an interesting position. How do I persuade my parents to give me their blessing, that I should go spend my summer without cell signal in the middle of a hawaiian forest with strangers?
Luckily, we’ve established these aren’t just any strangers, they’re my people.

Here, after my mom voiced her anxiety to me, I used a “presuasion” technique of voicing the source of her anxiety for her. By setting that up, I was able to give her the impression that I was already aware, legitimizing my rebuttal as a well-considered thought rather than a reactive argument.

Here, I did a bit of research of my own and found some photos that gave the community on this farm a more positive image. A well-composed photo with more put-together individuals around my age.
My parents had voiced concern with me over the phone that these would be religious, spiritual people. I guess their fear is of the unknown, and of some kind of indoctrination. Of course, I found connection between agriculture & community living to spirituality mentioned on the website and facebook, but that is something I’m genuinely interested to hear more about. So, I paired that information with the new, reassuring photos to act as a trojan horse.

This is a very delicate operation, persuading my parents of something so lacking in assurances. However, I have attempted to be mindfully persuasive so far, and I think they are starting to accept the possibility that I will spend my summer in Hawaii.