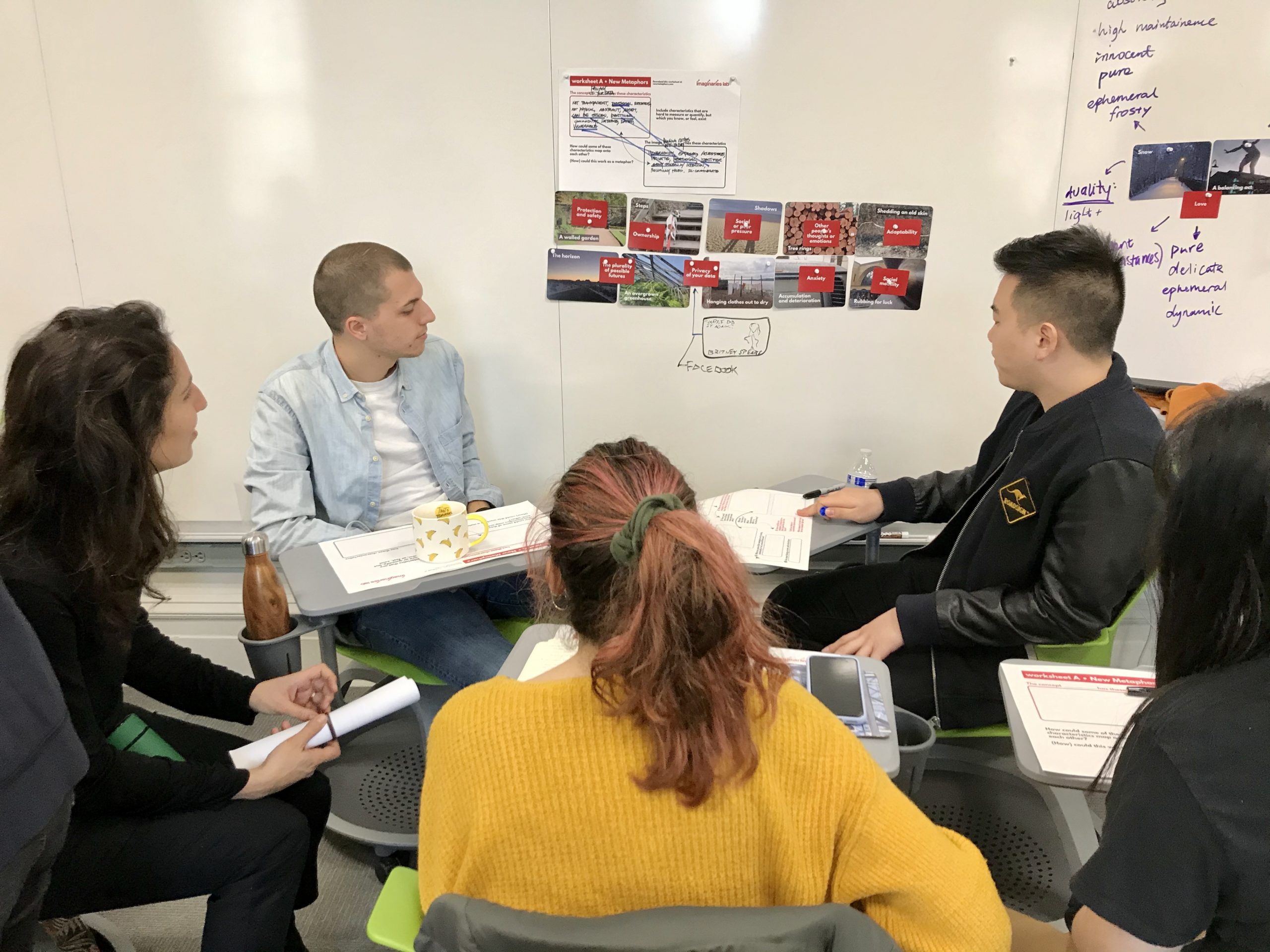 In today’s class, we took a deeper dive into an area related to the rhetorical figures that were introduced during the first classes: metaphors in their widest sense.
We started by understanding what metaphors are, or how best to grasp their meaning, significance and potential of use. From this perspective and for the purpose of the class, we agreed that a simple way to understand them is as: defining one thing in terms of another by the simple formula: A is B. Tho examples could be: “Argument is war” or “Relationships are journeys”.
The class evolved to introduce different ways in which metaphors have been conceived from different disciplinary perspectives, while seeing to what extent they can play different roles or be used and exploited with different intentions -that is, used in persuasive ways.
We reviewed a list of four master tropes that G. Lakoff highlights: metaphor, metonymy, synecdoche and irony. We noticed how, in many ways, they adopt a similar strategy of substituting one element by adopting a term or element drawn from a completely different domain, including the direct opposite as in the case of irony.

We also drew connections to our Critical Discourse Analysis class by remember how Machin argued that the use of any type of “flowery language”, and in particular metaphors, is something to pay attention to as their usage is often exploited as a means to hide certain aspects of the reality being portrayed. In this sense, they may be used to hide ideologies and the interests of the individuals controlling the communication: usually backgrounding or excluding the explicit display of certain information or level of activation of actors.

In the second part of the class, we set up an exercise based on the New Metaphors cards set developed by the Imaginaries Lab at CMU. Students worked in groups to explore the possibilities afforded by connecting a series of ideas proposed by concept cards to images of potential metaphors proposed by a diverse set of options. We tried to explore ways in which the new metaphors explored by the different teams could be used to to persuade people to think differently about the issue or concept at hand.

The exercise helped us all reflect on the fact that certain metaphors could be challenged and reshaped, and that such redirection of meaning could possible help us convey messages and perhaps even prefigure certain moods that help facilitate communication, especially by directing them in our preferred directions.

Here are some photos of the class: