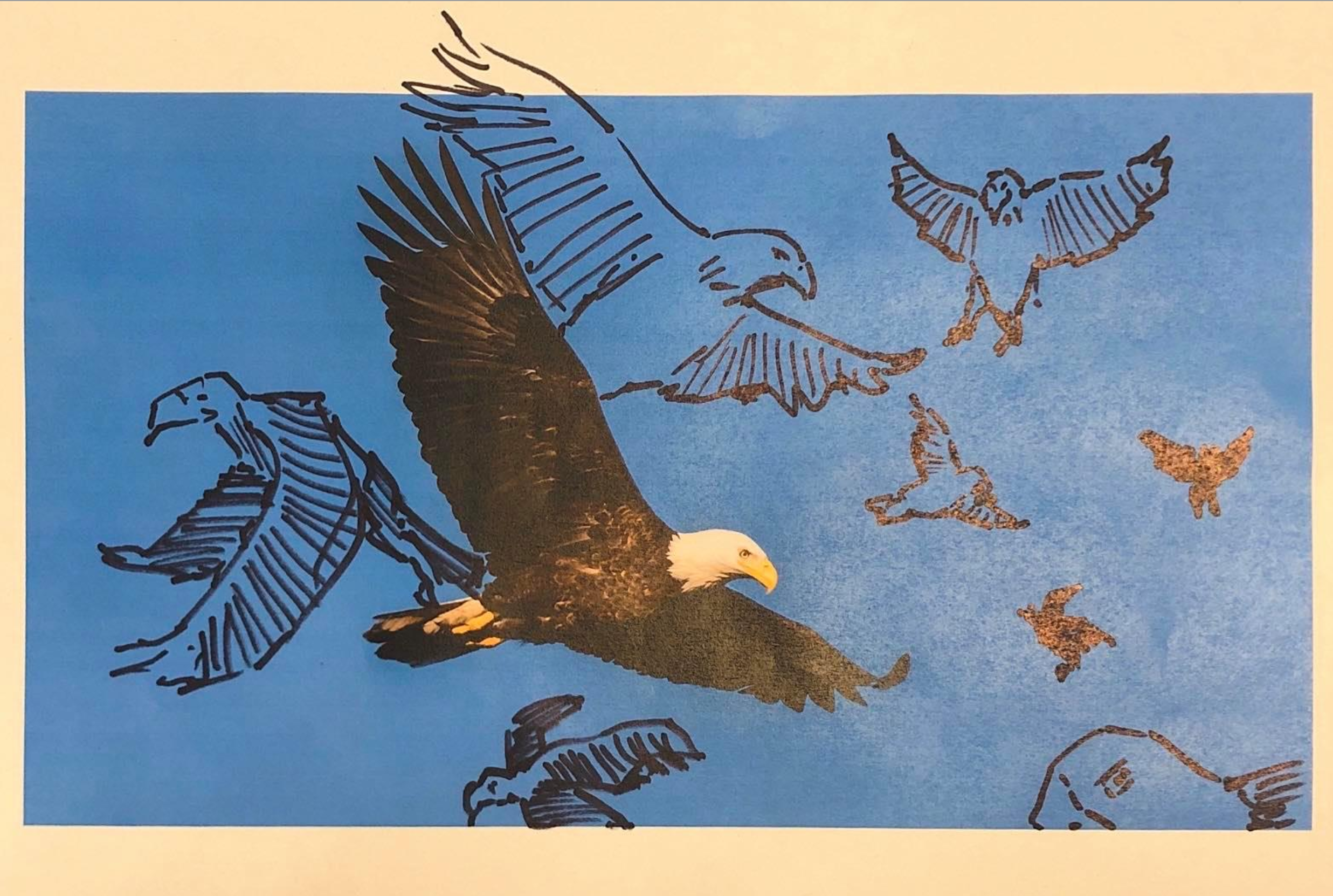 Our group ended up choosing a photo of an eagle which we had placed as the photo that represents freedom. Although we didn’t all necessarily agree on that specific representation, we did agree that it could be interpreted as a symbol of freedom, especially within the United States. Within American culture, the bald eagle has been taken as a representation of America due to their independent nature, strength and ferocity. While we had other images that also represented freedom such as photos of people alone within nature, photos of the flag, and a few others, the eagle stood out the most as an almost universal symbol with a common interpretation.

Our proposed redesign aimed to remove the sense of freedom and independence from the image. One of the biggest parts of the image and how it represents freedom was that it was alone and independent. By adding additional birds, it subtly changes the meaning away from that idea and almost normalizes it as a bird. In class we discussed how it was possible that the addition of other birds takes it from being a symbol to being a scene, in which the viewer becomes more observative instead of interpretive.

We chose the imaginary freedom. Our group found that the image of a singular bald eagle served as a symbol for freedom. To challenge this symbol, we created this image of multiple bald eagles flying chaotically in different directions. This new image no longer represented freedom for us. Instead it represented dangerous power and chaos. Another direction we could have gone was drawing a group of bald eagles all flying in unison. This might represent strength. With all of these symbols and their associated meanings, the viewer is being affected by pathos and logos. The logical argument of this drawing (logos) is that a bird isn’t free if it is amidst a swarm of other birds. The emotional argument (pathos) has more to do with the perception and interpreted meaning of this new image.