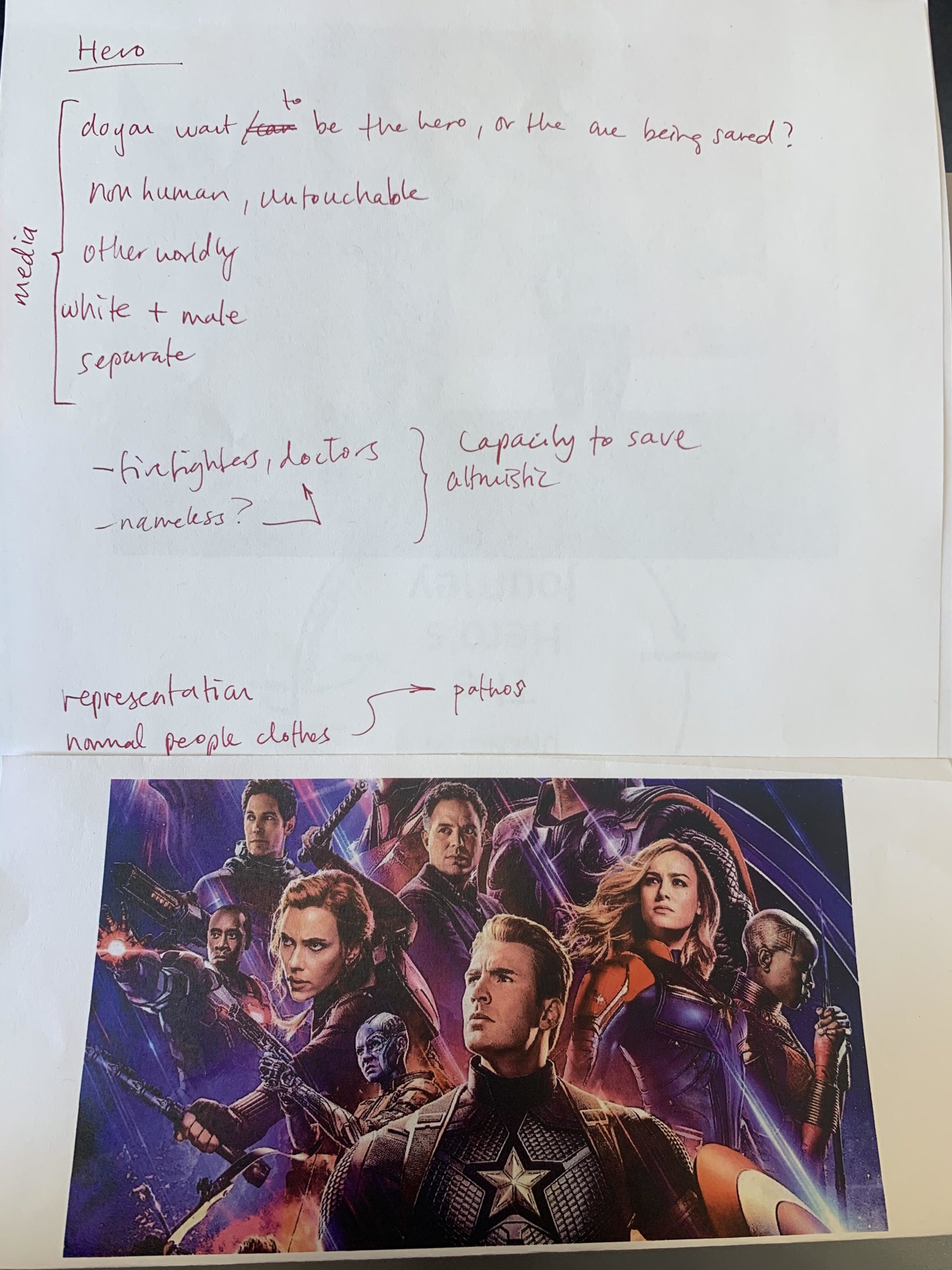 During our group activity, my team and I sought to reimagine the concept of heroes. We chose to investigate an image depicting an ensemble of The Avengers as our stereotypical understanding of who a hero was. While other figures such as doctors and firefighters also came to mind, we primarily saw heroes as figures who were universally recognised to be part machine or supernatural, as figures were admired but we couldn’t relate to. In the case of our Avengers photo, the flashy bodysuits, weapons, laser beams and otherworldly glow engulfing each member primed us to have an impression and emotional understanding that such heroes are non-human and untouchable to the common person.

Our proposed redesign would offer a greater diversity in figures being represented. We would begin by removing Captain America, the stereotypical white male figure, from the center of the image and replacing him with a person of colour or a woman. Further, we would dress the figures in normal civilian clothes, set the backdrop to a more earthly scene, and remove weapons to challenge the notion that heroes are otherworldly or need to be in combat mode through an impression based rhetorical approach. At the crux, heroes are people who have altruistic motives and take on the role of a protector at some capacity; thus, we would also be interested in changing the personas of the superheroes to common figures in their line of duty, such as nurses taking care of patients, lawyers defending the innocent and bus drivers ensuring children are safely delivered home.